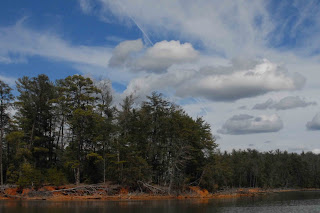 After lunch, we’ll do a walk through to check for downed branches. But right now, I have to confess, the photographer got caught without her camera. Carl spotted a small deer walking slowly across the parking area and my camera was in the truck. Bad on me!
Posted by Valerie Hill at 12:00 PM

great as always. Thanks!