The Great Storm Of 1900 And The Aftermath 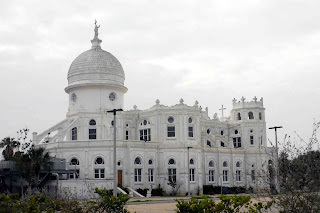 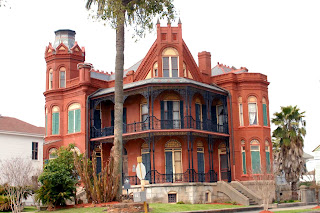 In 1900, Galveston was destroyed by what has become know as “The Great Storm”. Meteorology was in it’s infancy with storm tracking a calculated guess at best. The warnings came but were ignored by almost everyone and when the  wind driven ocean raised up to flood the streets, some residents became concerned and looked to what little higher ground there was. Sadly, it was already too late. Twenty four hours later death and destruction lay everywhere.

More than 8,000 people were killed. The railroad tracks, beds and trestles were ripped from the ground. Locomotives were tossed about like Tonka Trucks. What the water didn’t wash away, the debris destroyed. Only 6 buildings remained and in the aftermath, it was decided to safeguard the island by erecting a barrier to protect the city from future storms. The hurricane surge measured 16 feet at it’s worst so the interim managing body drew up plans for the building of a 17 foot high seawall. This wasn’t the only step taken by the shell shocked citizens. The council also agreed the entire business and residential end of the island should be raised by 20 feet. Imagine jacking up a city block, building by building, filling underneath with storm debris and sand dredged from Galveston Bay and the Gulf. Residents traveled over scaffolding for more than two years until roads and sidewalks were also lifted to the new level we travel today.

The images here are two of the six remaining buildings
Posted by Valerie Hill at 5:10 PM